We’ll help you produce reputable eyelashes by private labeling your logo, customized your packaging, even custom the lashes. 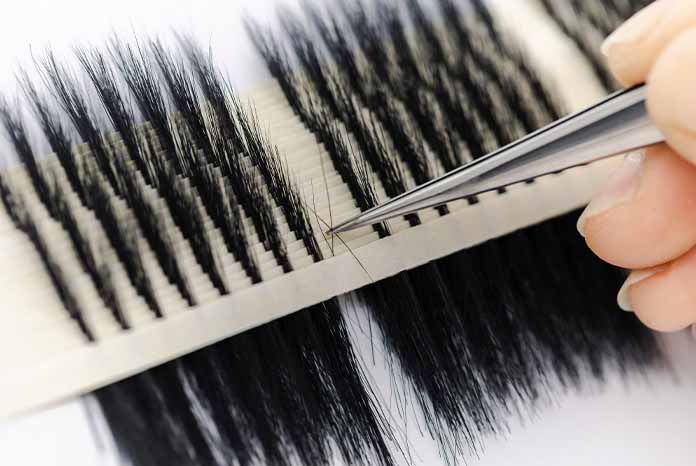 Our eyelash extensions are designed to feature the use of semi-permanent fibers that can be found either as individual lashes or full lashes. They feature great quality material to ensure long-lasting wear. 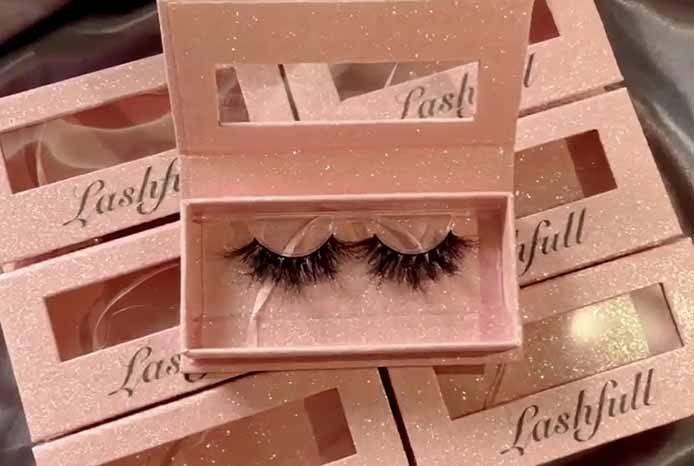 We offer incredible false lashes designed to add to the volume of your natural lashes and give you a fuller look. They are developed using the best quality raw materials to ensure that they are durable. 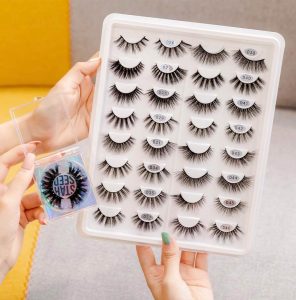 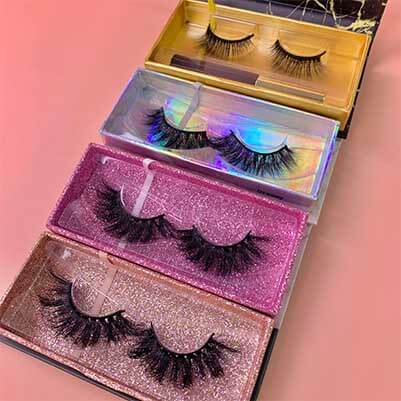 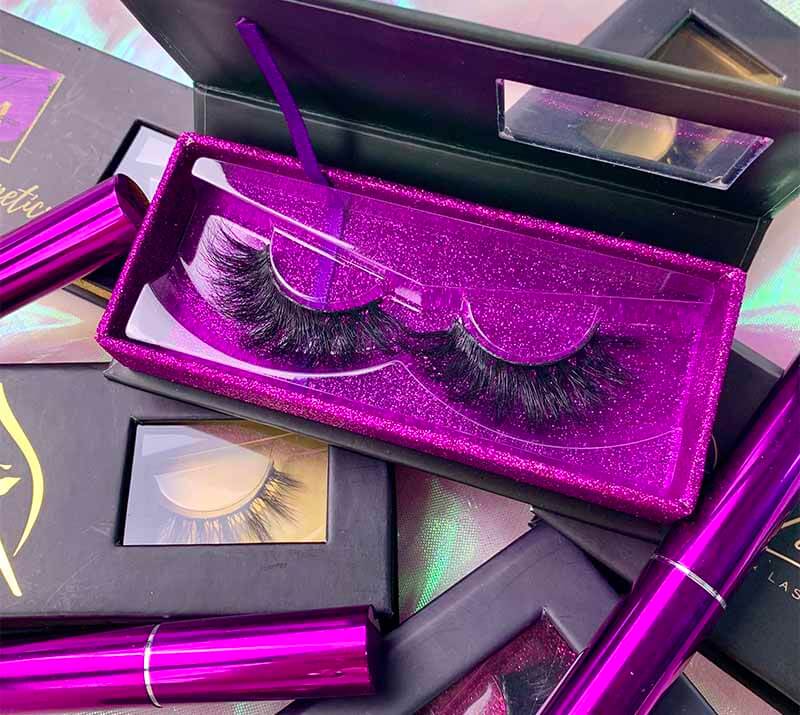 Our faux mink lashes are made from faux mink material that is designed to mimic the specific characteristics featured in real mink lashes. They are designed with great quality to meet your specific needs. 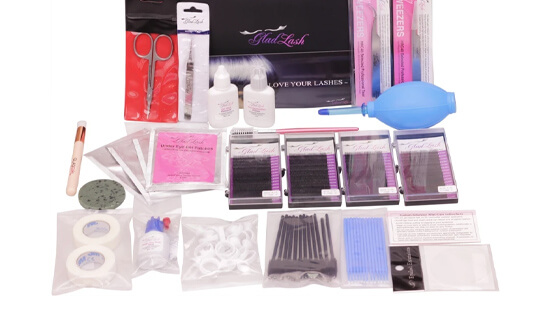 We offer a variety of eyelash tools including curlers, tweezers, and eyelash extension tools to make wearing your eyelashes easier. They feature great quality to give you the best service.

100% Support to Your Lash Business 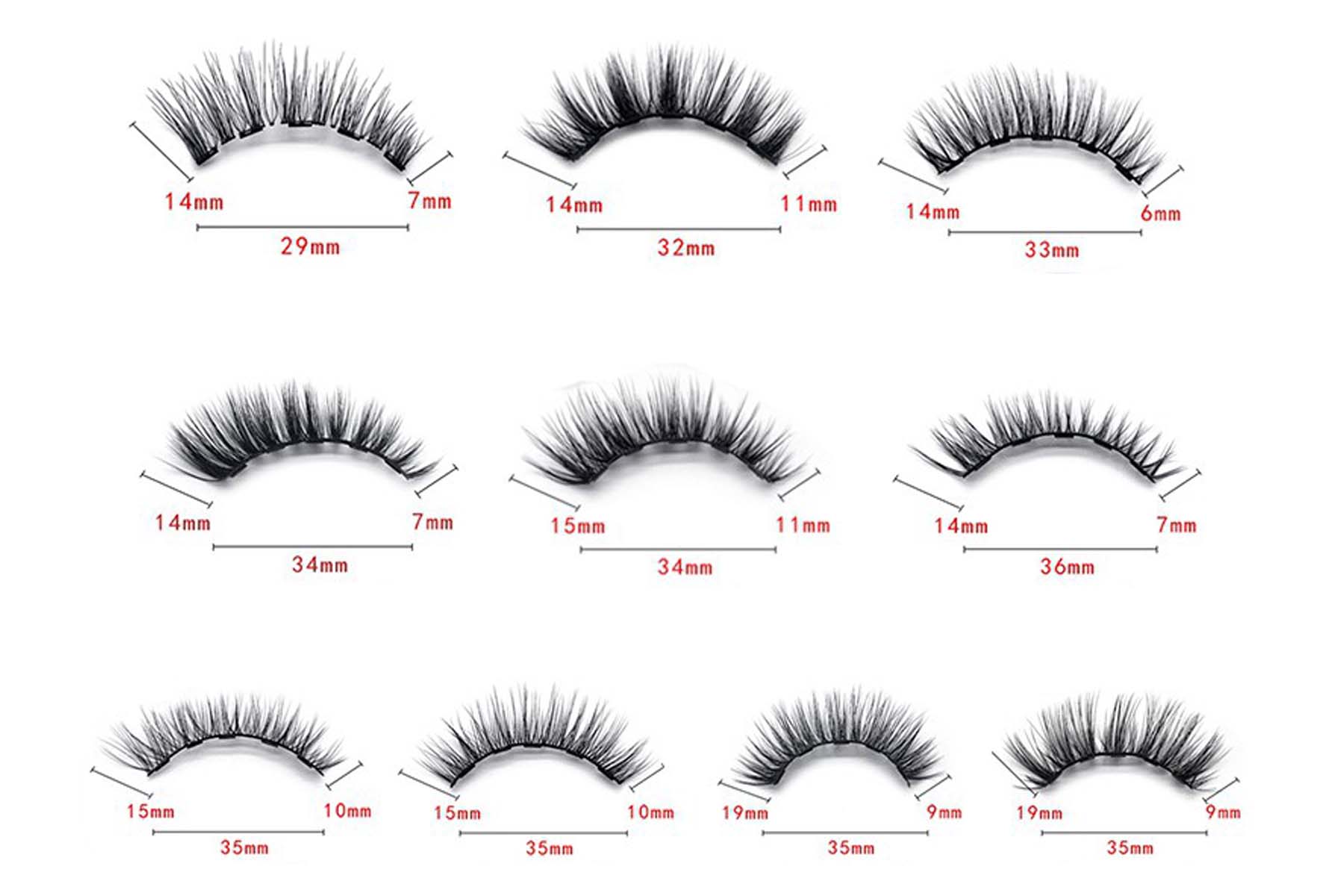 From 15mm to 30mm, We Make Every Length Elegant

It’s believed that the longer eyelashes are, the bigger and more sparkling eyes will look. Starseed provides every customizable possibility of lash length to meet specific purposes.

Normally speaking, shorter eyelashes of 8-15mm are intended for inner corners or lower lash extensions. In comparison, moderate lashes of 15-20mm are mostly used. Longer lashes are applied to create a hybrid volume or artistic effects.

No ideas about length? Talk to our specialist for a guide! 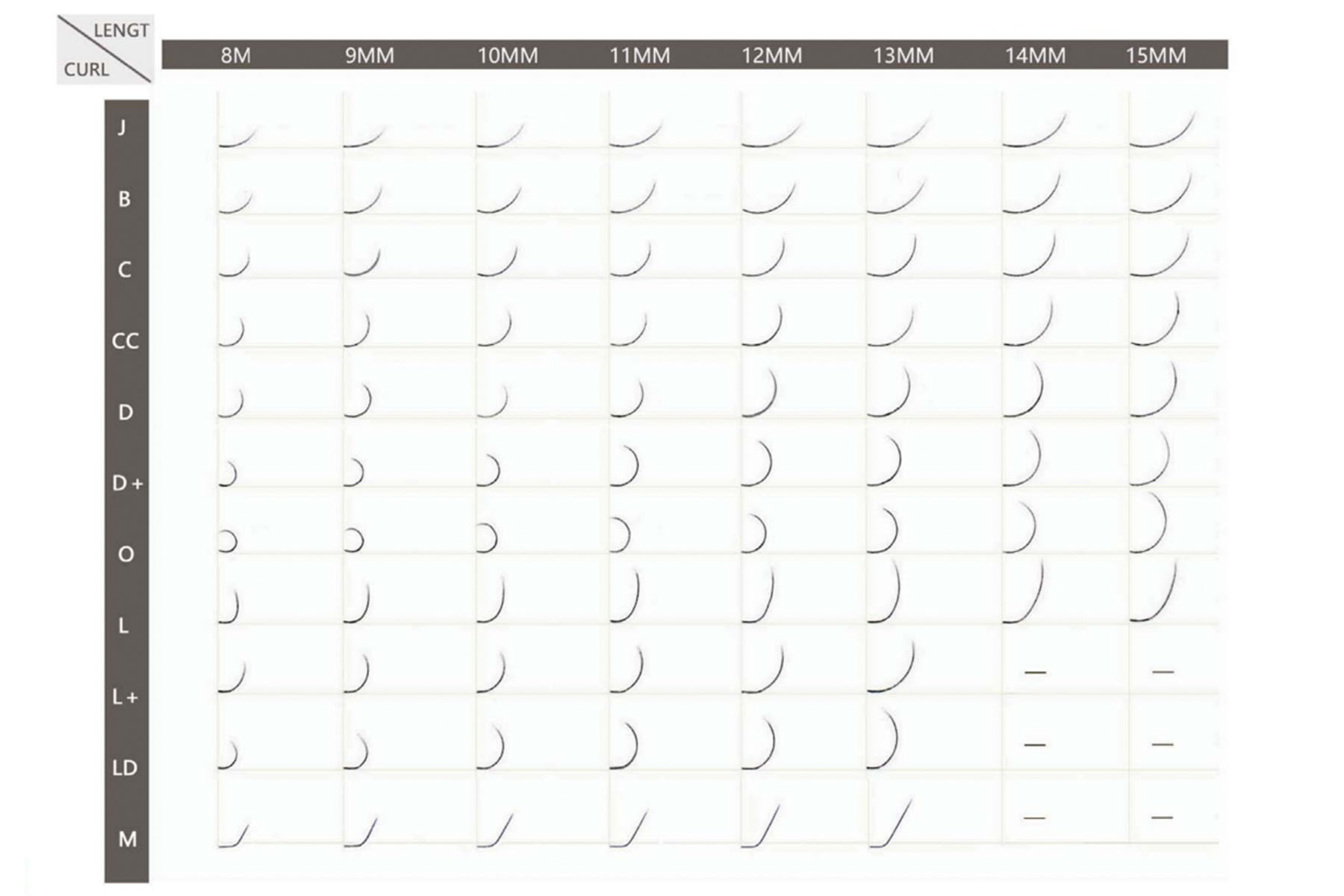 There are a great variety of lash curl styles based on specific needs of diverse personal preferences or makeup effects.

At Starseed, we make all types. J curl is not very frizzy. B curl is lesser and basic. C curl is common and natural. D curl is dramatic and lifted. U curl is extremely curly. While L curl is crimped with a right angle. So many more are on your choices.

Feel free to ask us for a complete curl chart! 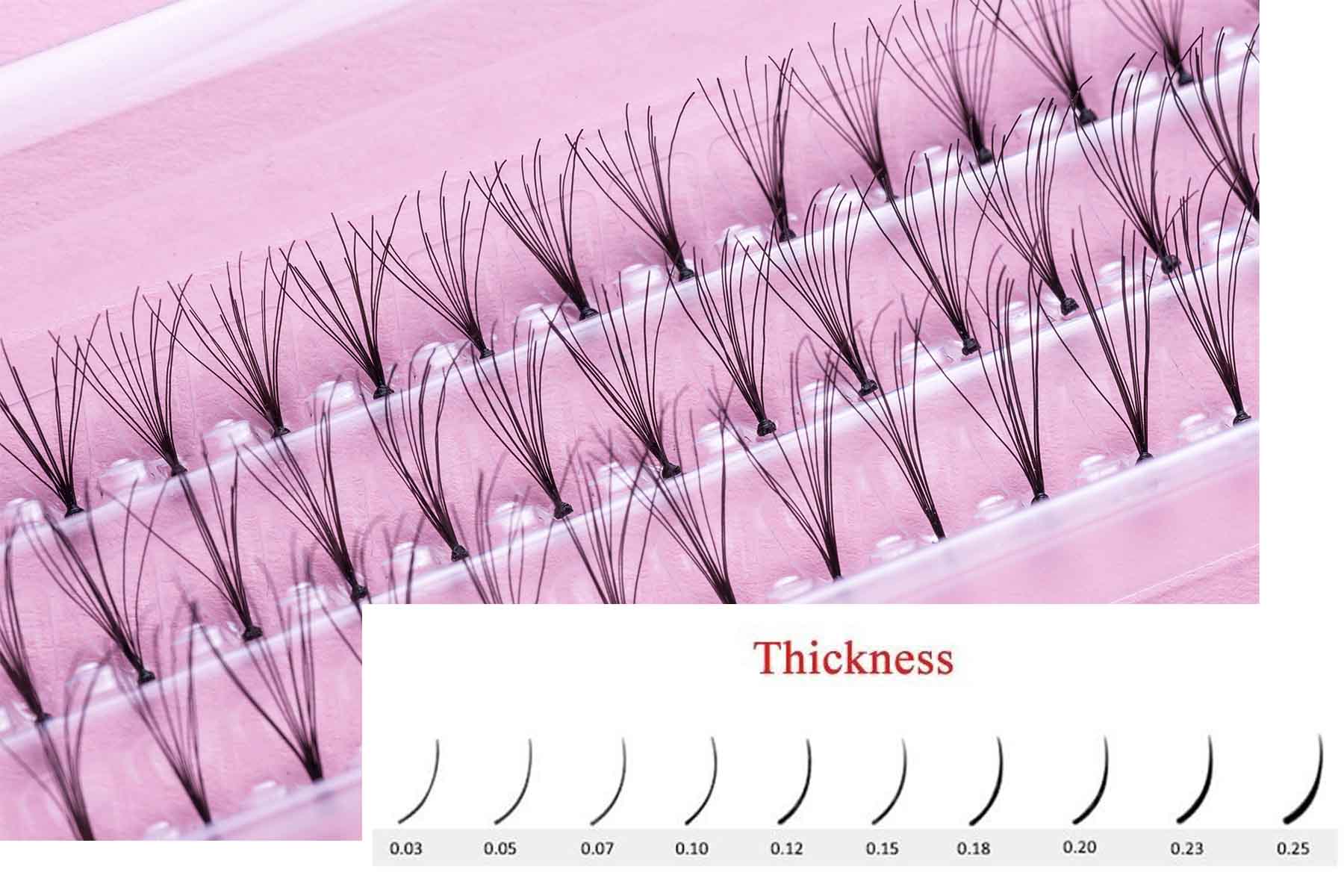 Lash thickness or so-called width will influence the natural look of eyelashes. The narrower one lash hair is, the more defined and detailed a complete eyelash effect will be.

Different thicknesses of lashes will create varied eyelash volumes. Or to make the same eyelash density, more thin lashes or fewer thick lashes are required. Besides, thin lashes are often for the lower eyelid, while thick lashes for the higher one.

Want to know what thickness suits your lash best? Contact our specialists for free advice! 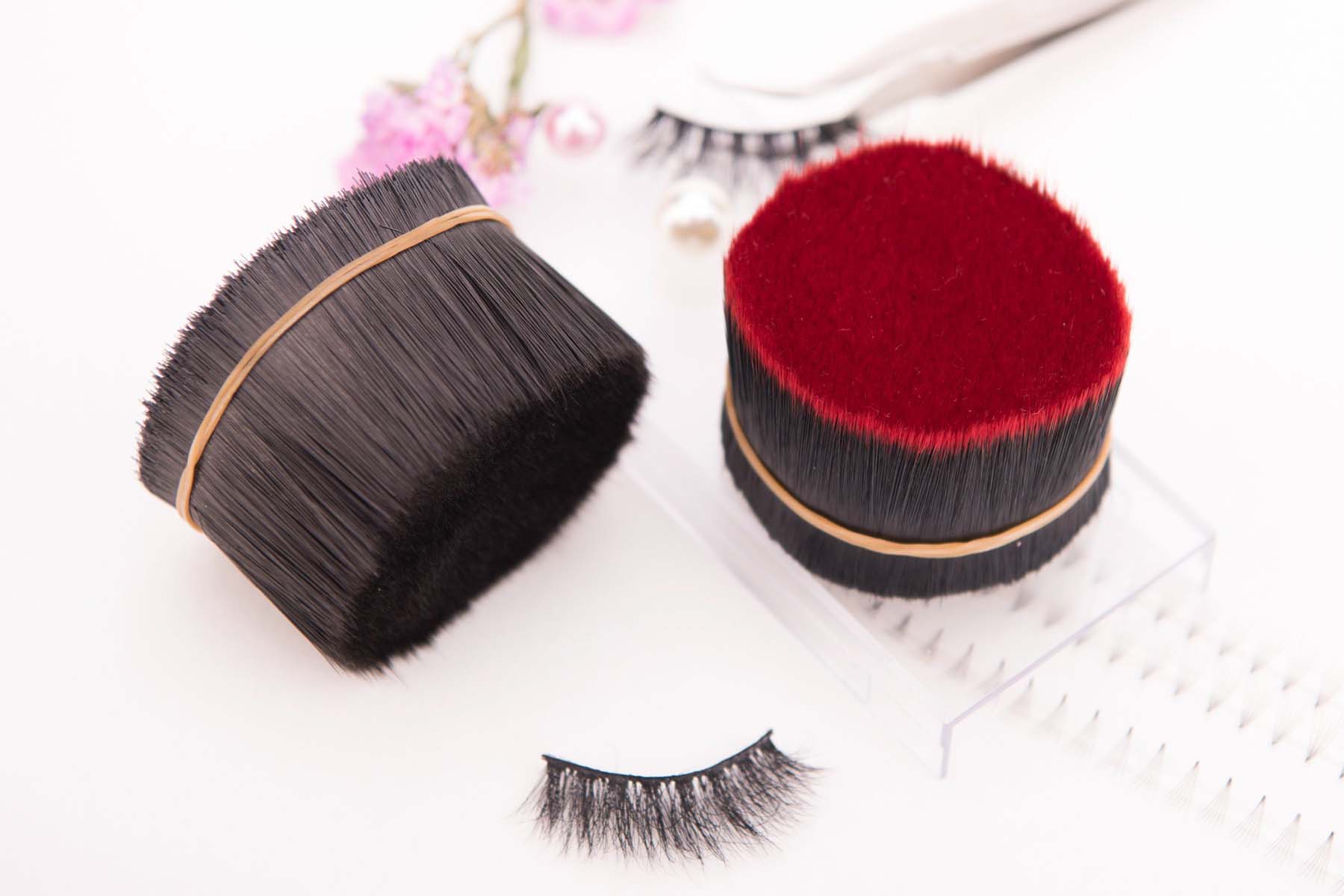 Only Best Materials Can Tell Your Difference

We have a wide array of lash materials on your options regarding to your eyelash styles. Every type of material features the best conditions. 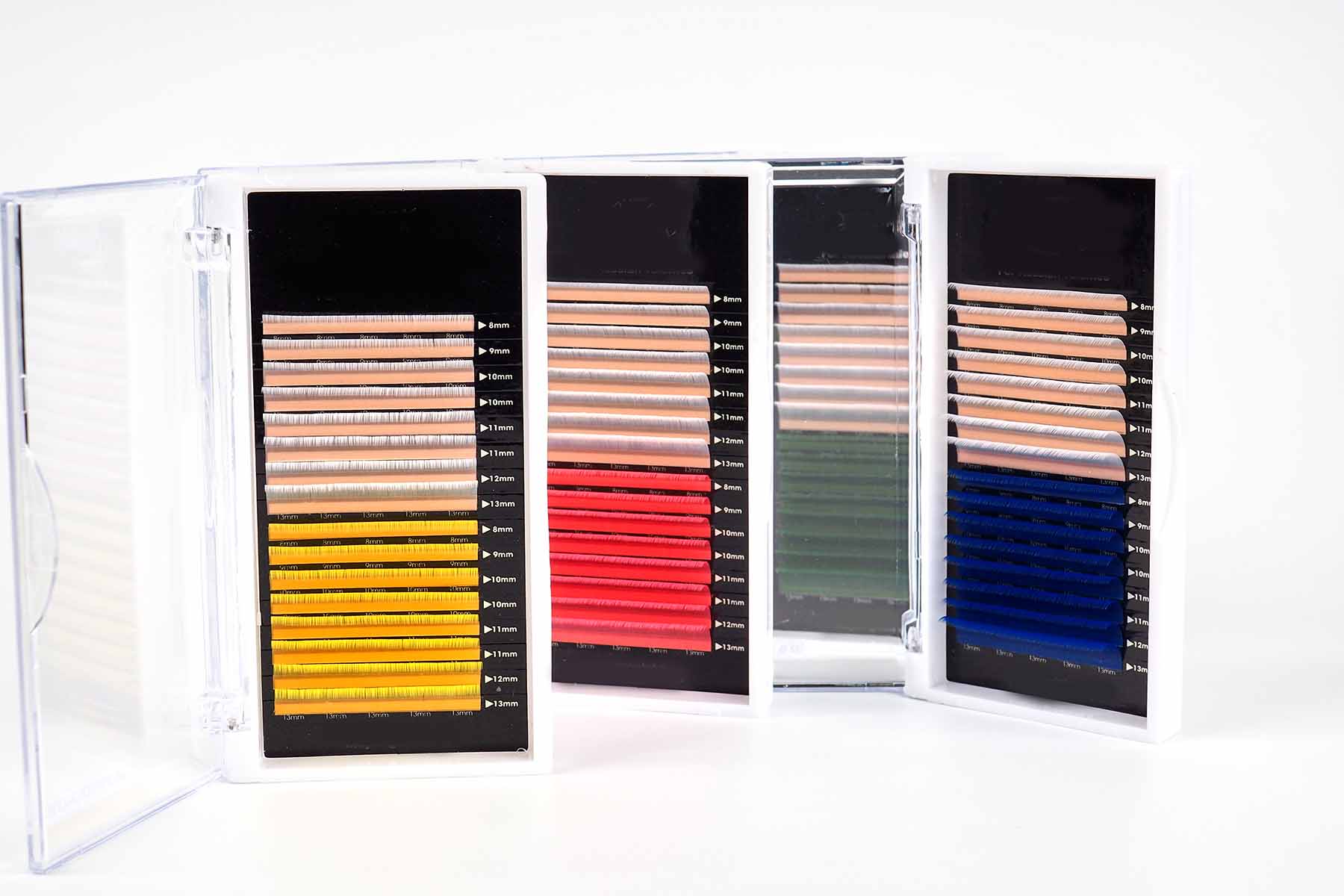 Only black or brown? That’s not our style! Eyelashes in different colors or even in patterns are definitely available in our production.

You can send us your color themes or choose from our color plates to custom your eyelashes. Our specialists who have deep understanding of the market, can also provide free advice on the color picking, therefore you have no worries to try out new styles and get profit.

Need colored eyelashes catalog? We got you covered! Talk to our team for details.

Whoever You Are in Lash Business Chain

We offer drop shipping services where we take care of the orders you receive from your customers and ensure that they get to them on time.

This helps you reduce the hustle and focus more on getting sales.

We also cater to DTC brands by providing incredible business options to help you when investing in eyelash extensions.

This allows you to focus on building your brand and having a connection with your clients.

We offer great wholesale prices for wholesalers and retailers to take advantage of and increase their customer base.

Our wholesale programs are designed to cater to your specific eyelash extensions needs and give you quality options.

Get Support For My Business

Private label eyelashes are produced by a third-party manufacturer following your specific instructions and sold under your brand. At Starseed, we offer incredible private label eyelash extension services to companies or individuals looking to supply them to their customers.

We allow you to choose from over 300 lash styles in our pre-made designs or provide your designs. Our magnetic lashes wholesale private label services are designed to cater to your specific needs and offer you the perfect product for your brand. Investing in faux mink lashes wholesale private label allows you to establish your presence in the market and build a quality reputation with top-quality lashes. 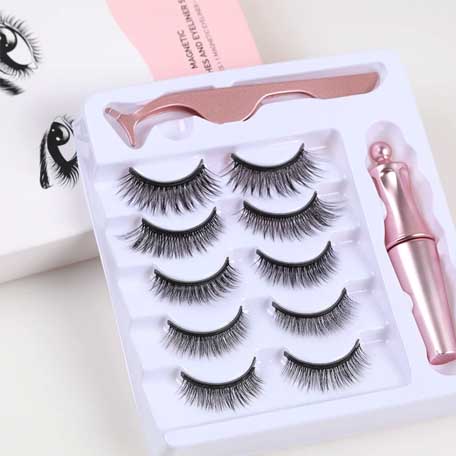 Many eyelashes brands strive to develop products that deliver high quality, but fail to handle the manufacturing part. Stop distracting by production problem! It’s much worthy and efficient to get it done by the professionals.

Our private label services help countless eyelashes brands to ensure their products meet customer expectations. All our products are certified, tested, and reviewed by organizations and influencers. Let us work with you every step of the way – from concept to completion.

All Eyelashes in Stock

Starseed is also a manufacturer and supplier of custom-printed eyelash packaging boxes that are completely reliable. We can produce a variety of high-quality customized eyelashes packaging with various styles and colors and your logo or brand name.

We customize a variety of styles, sizes, colors, finishes, etc. according to the needs of customers. Simply send a request or email to our professional team to get the best private label eyelash packaging solution. 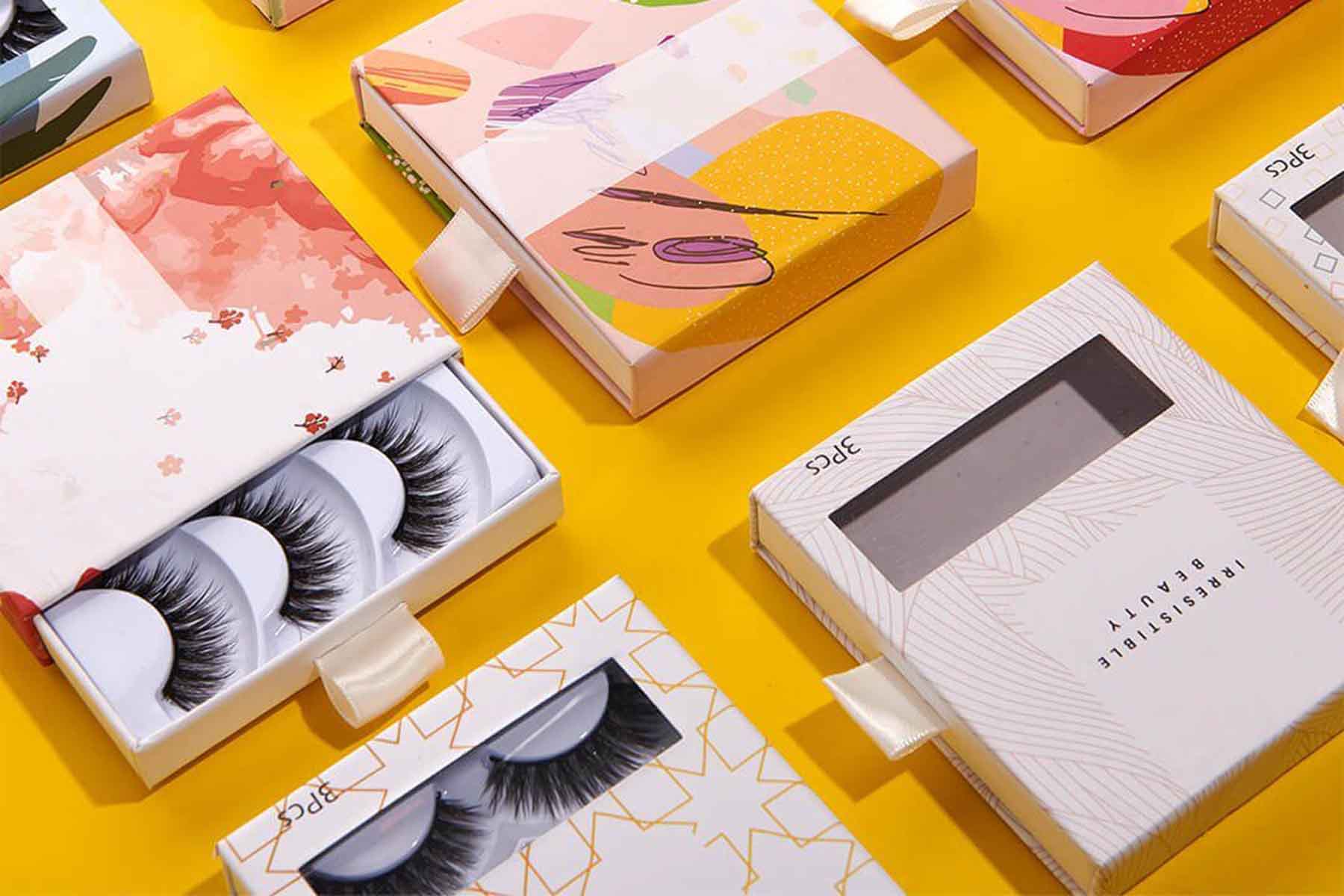 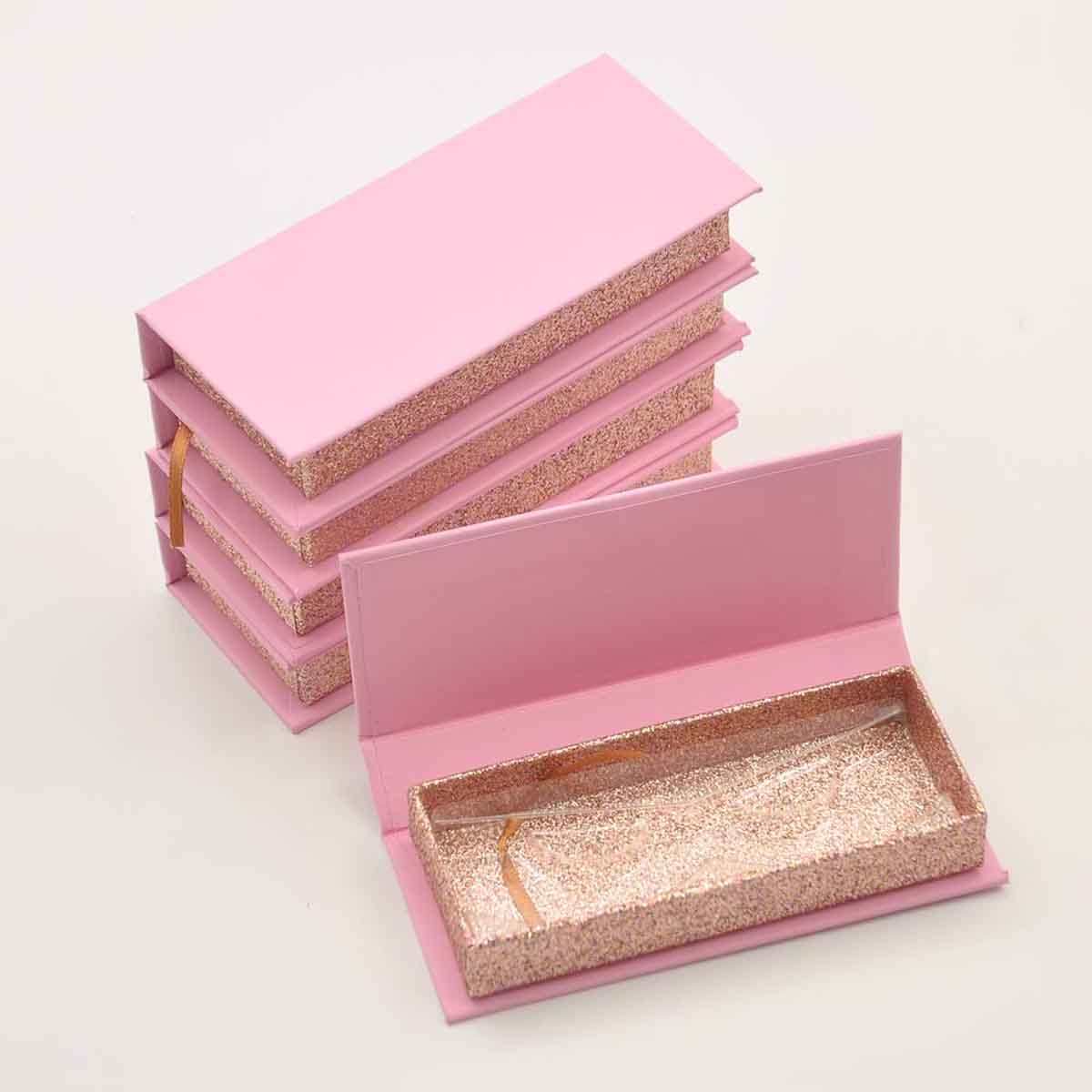 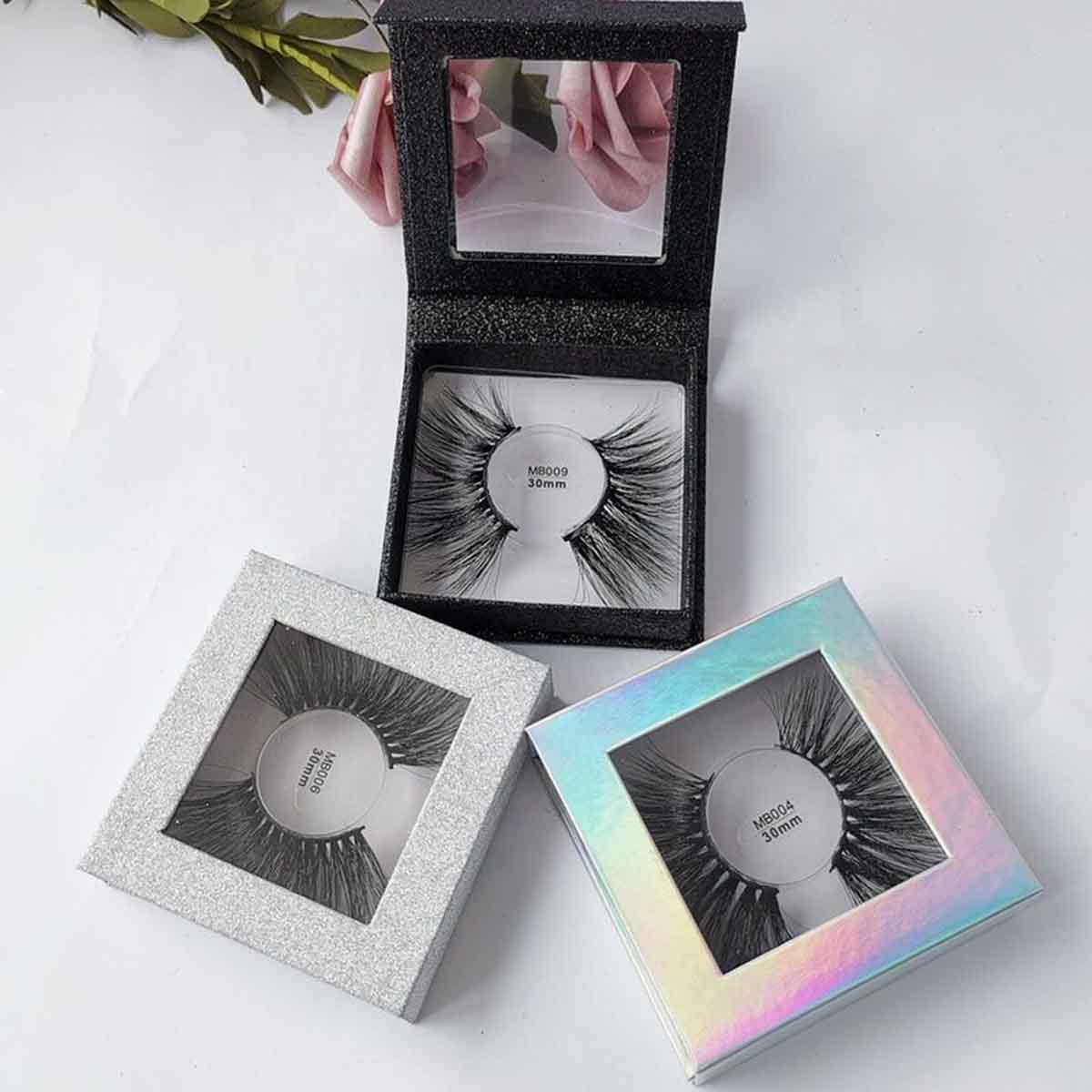 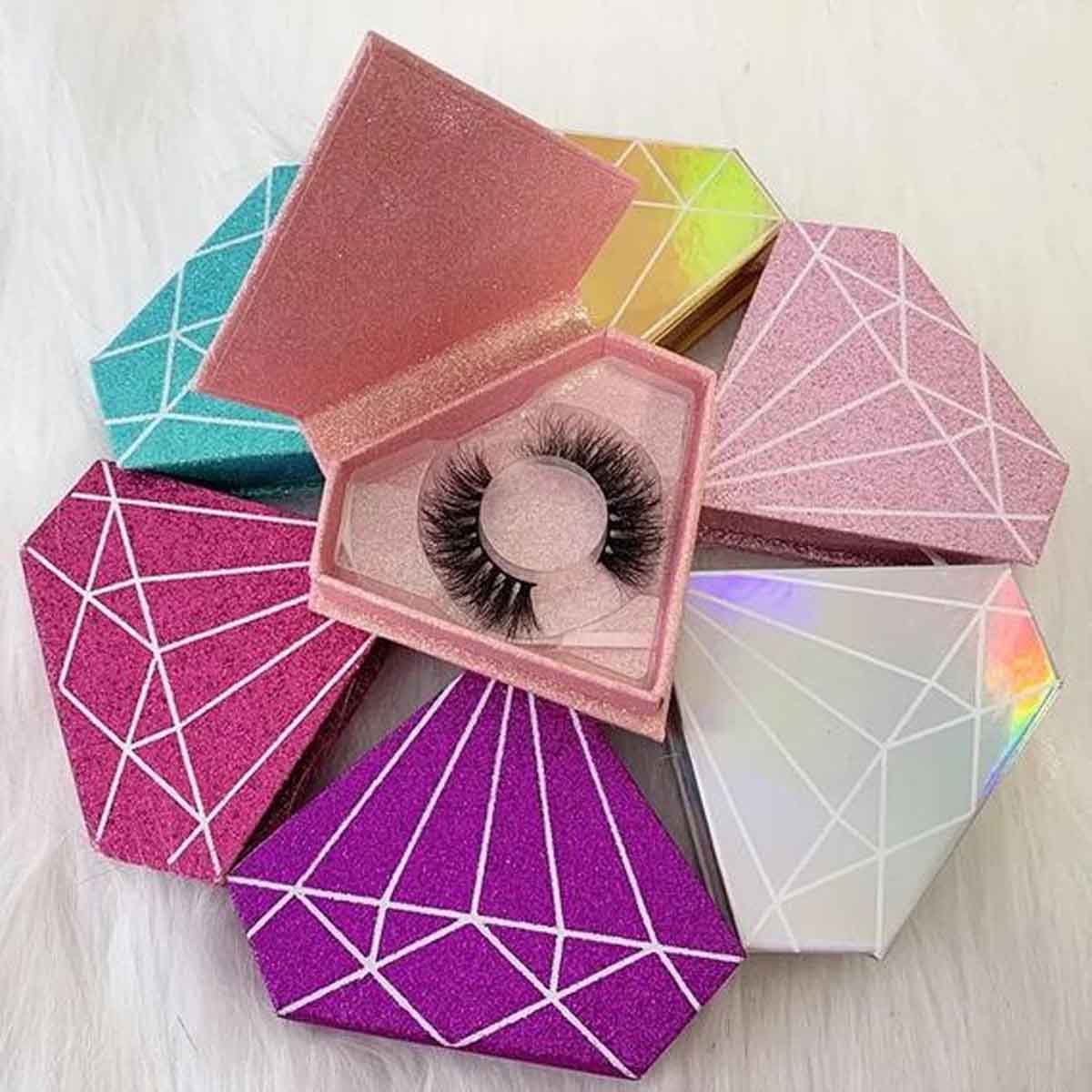 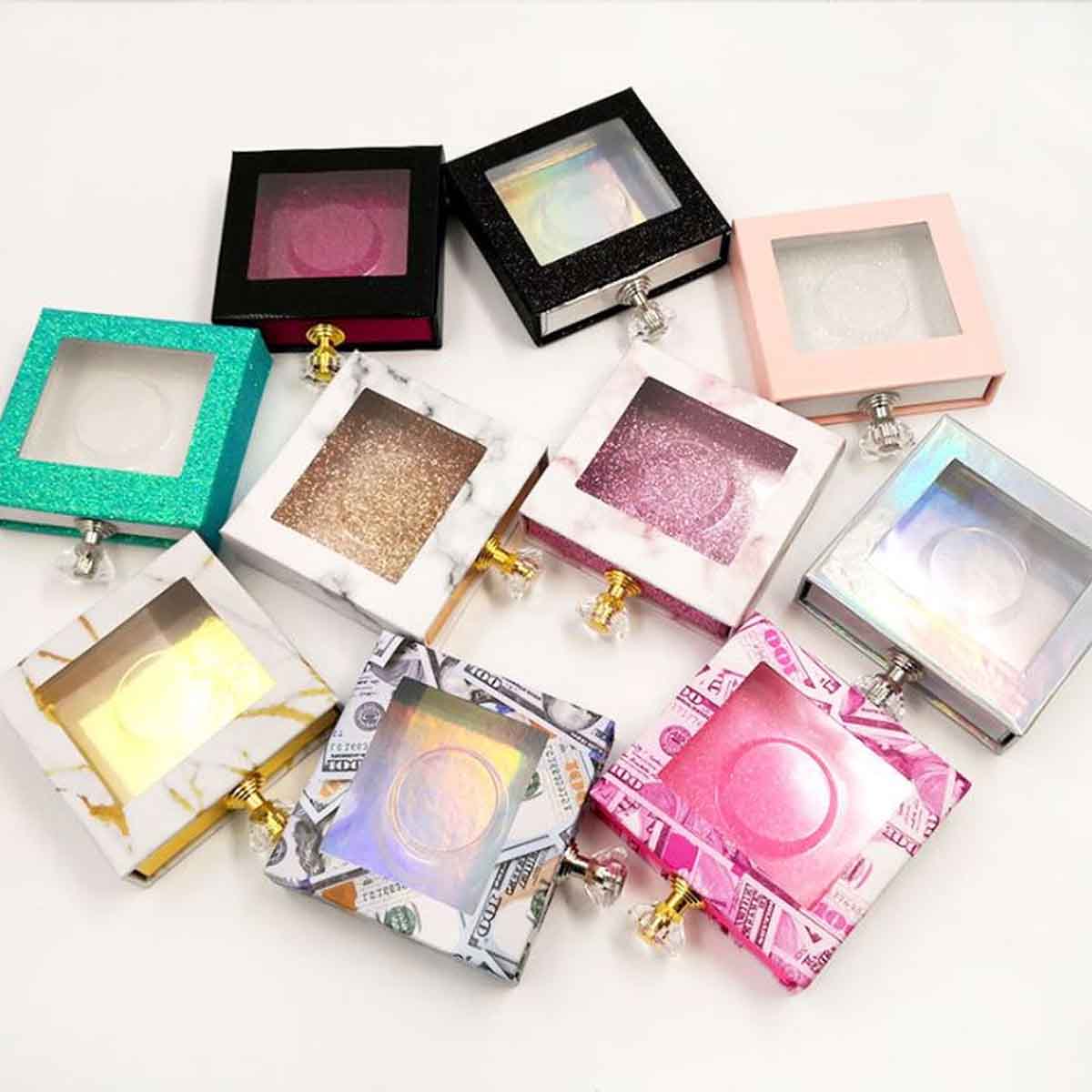 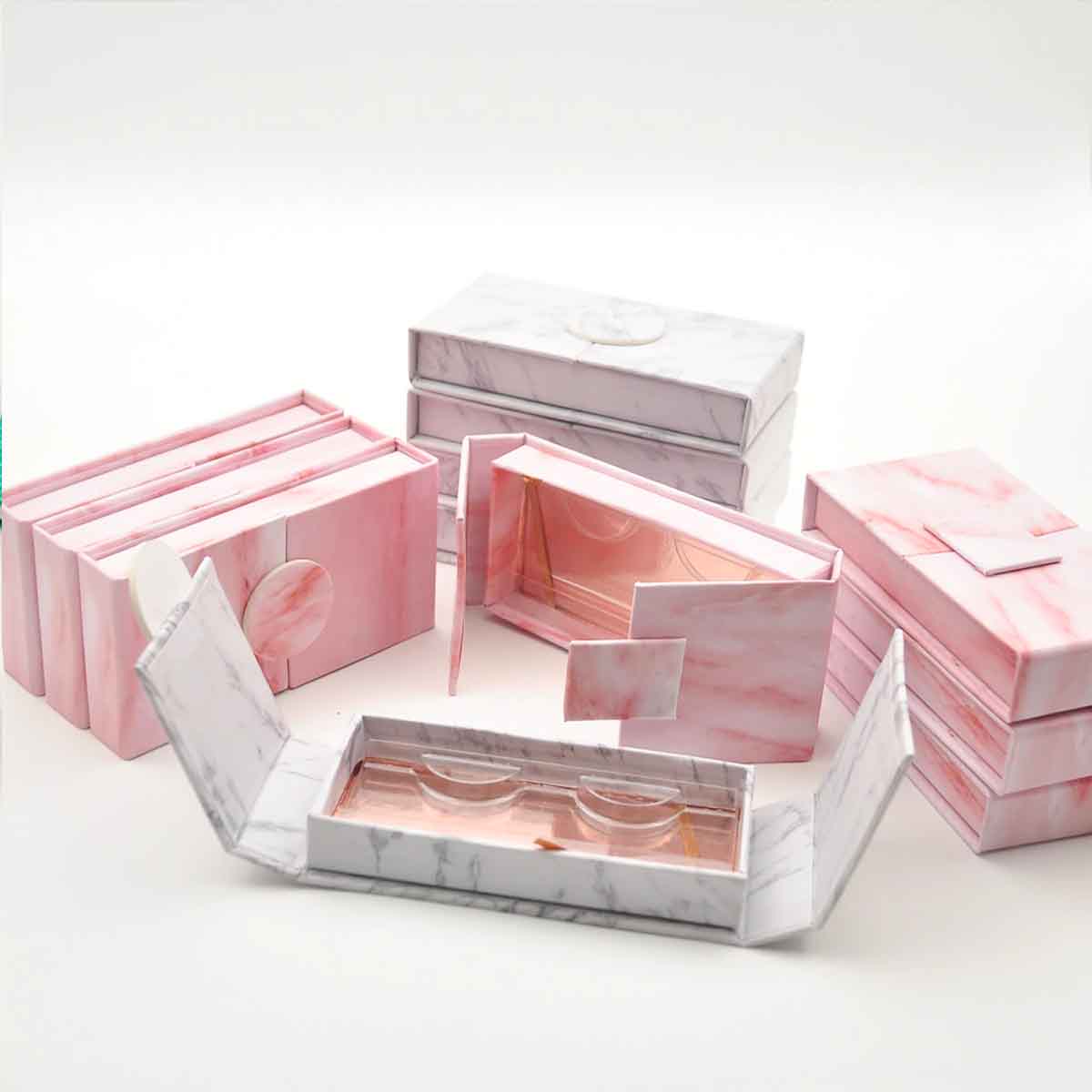 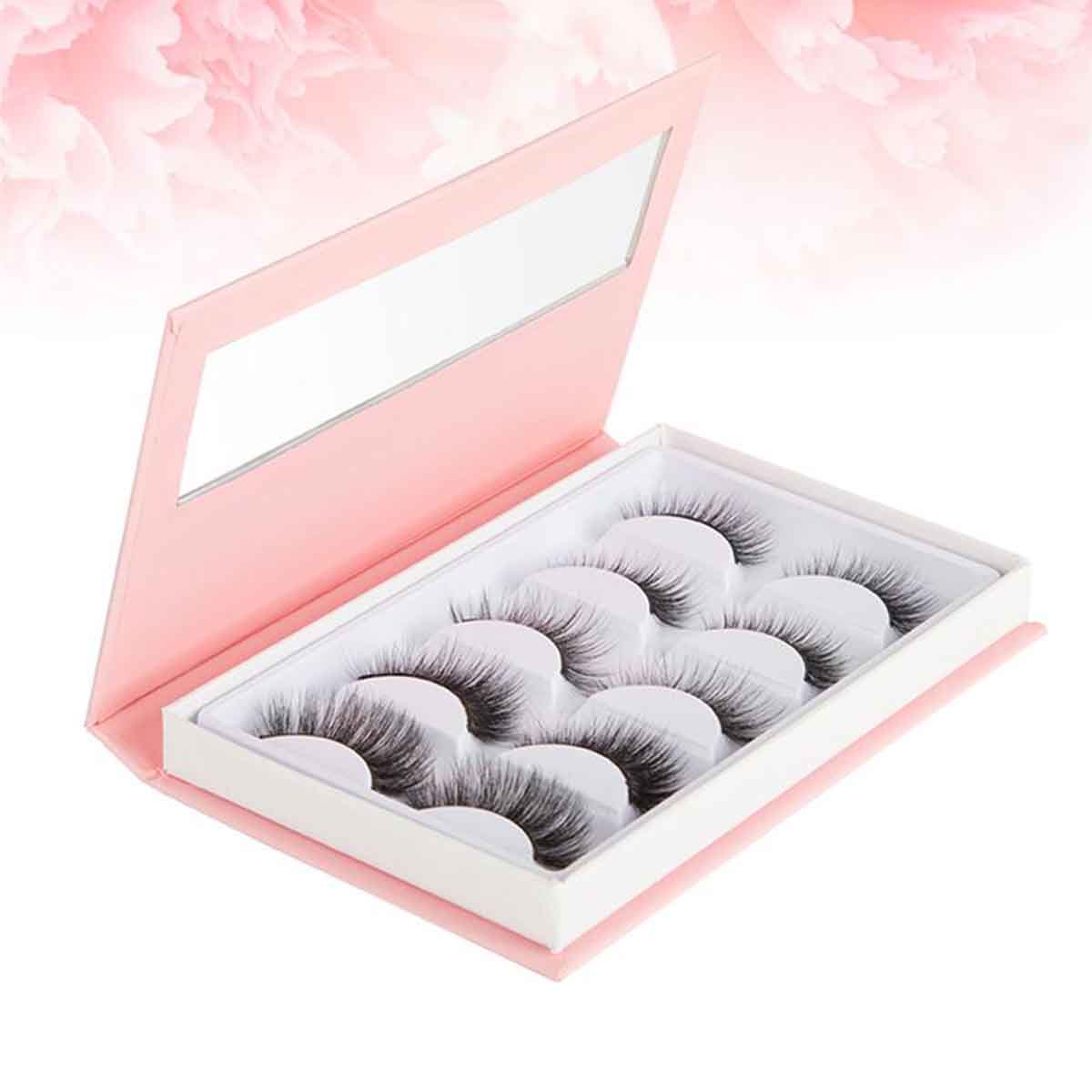 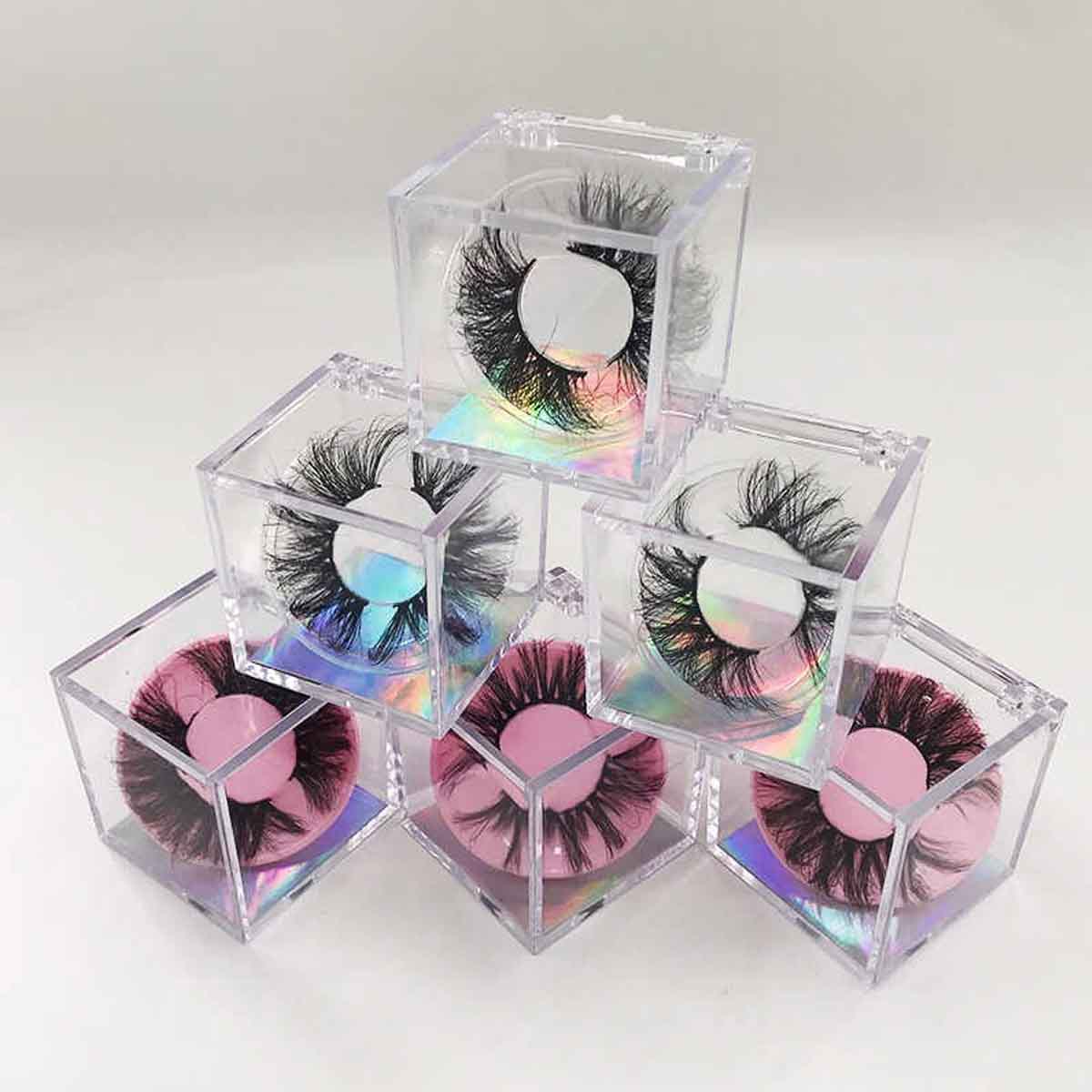 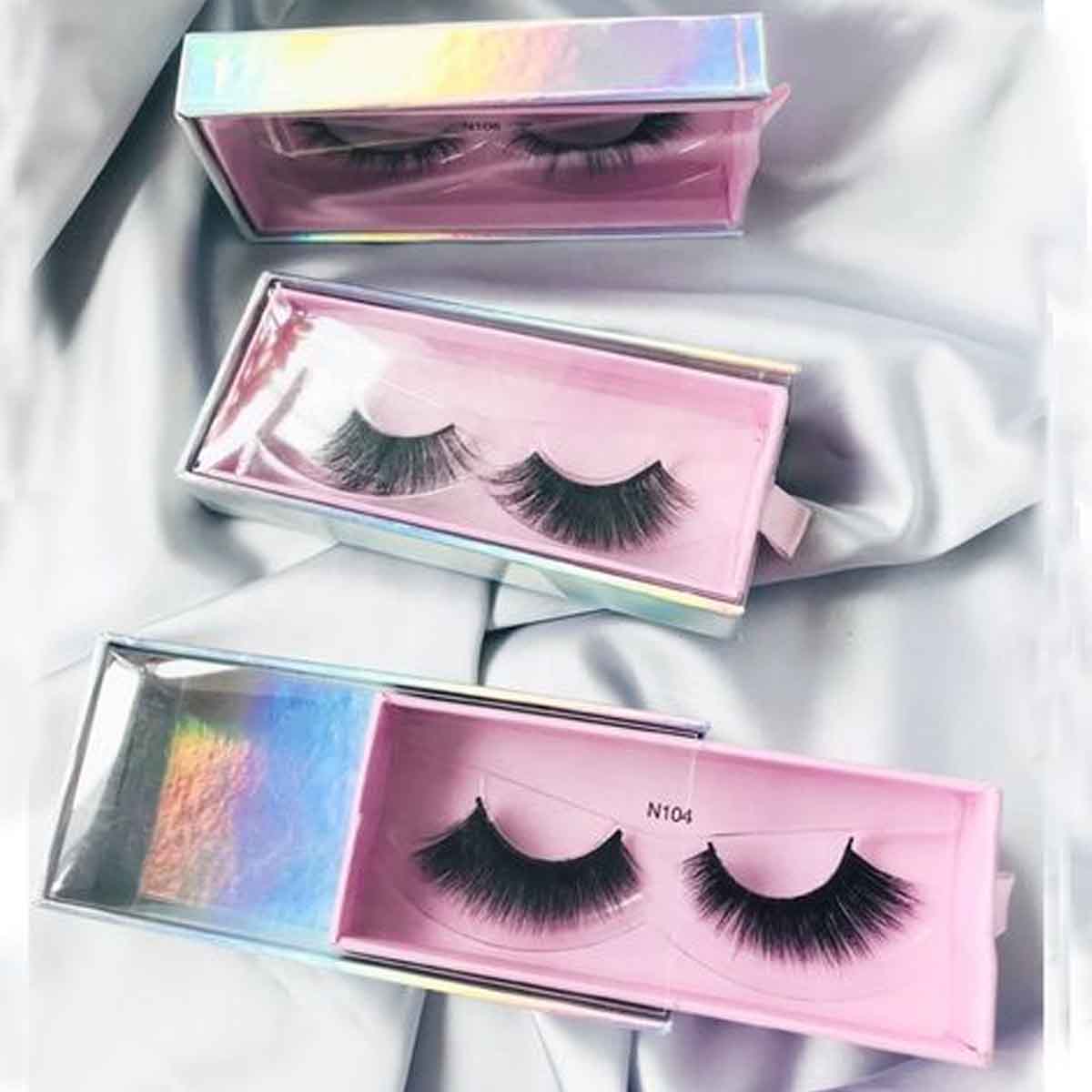 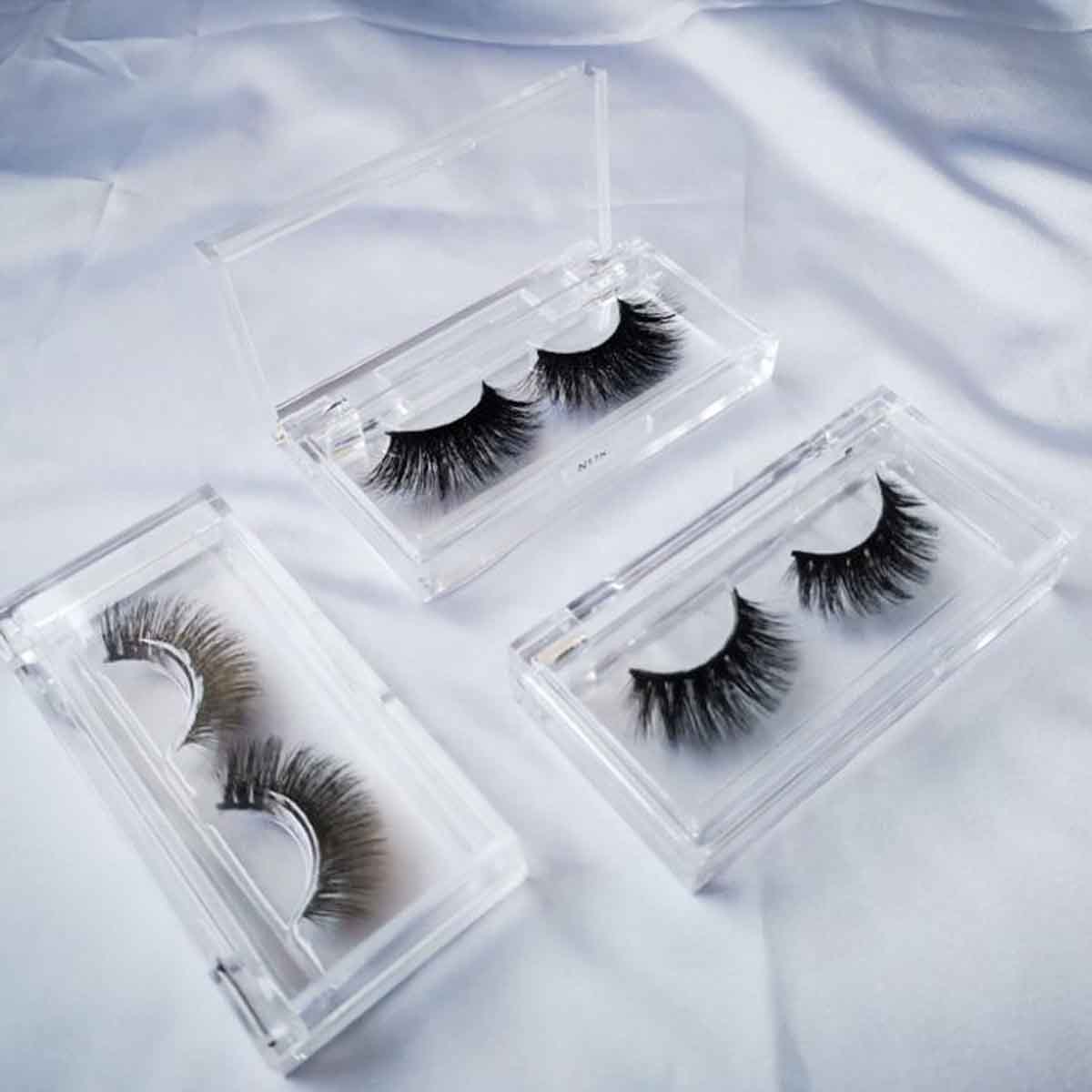 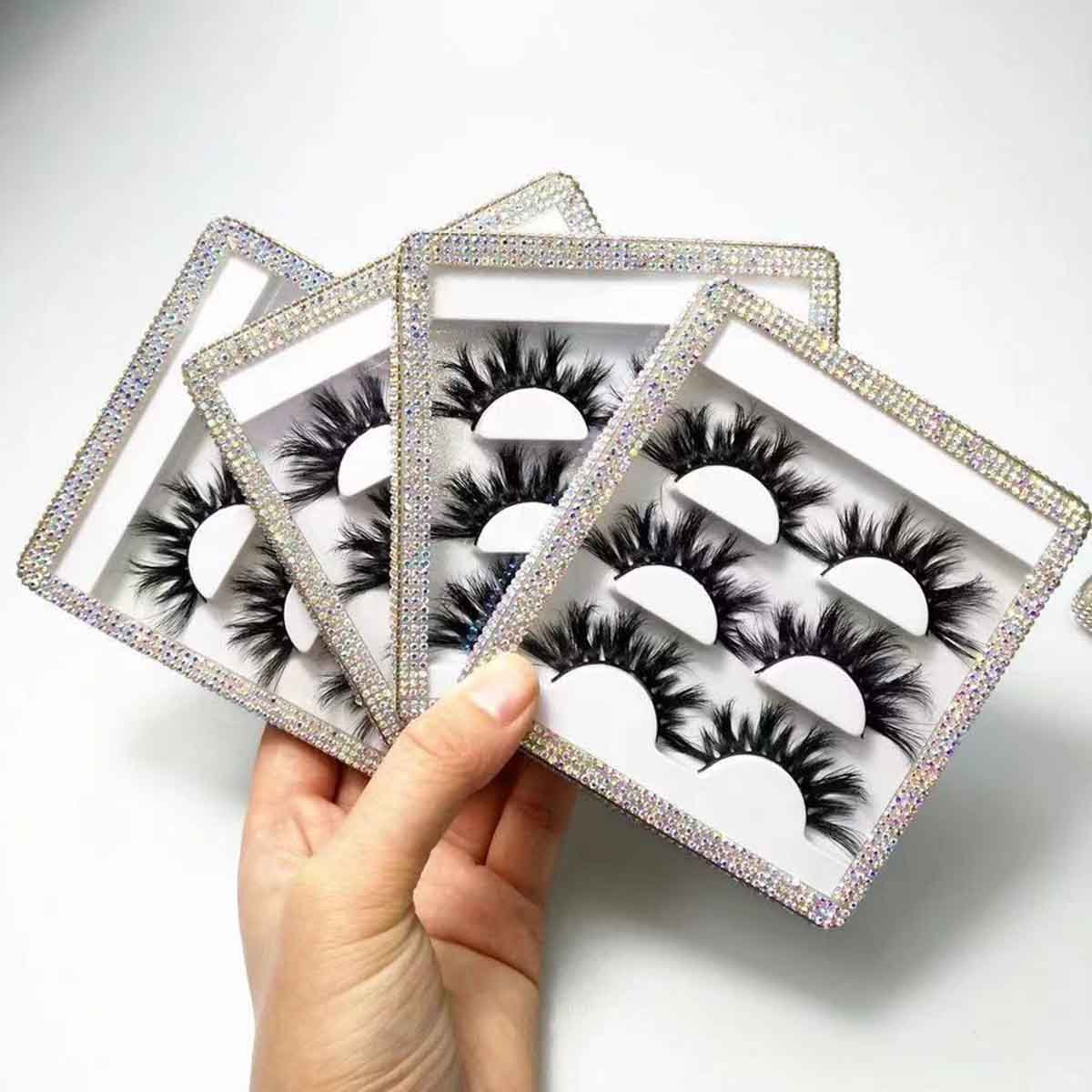 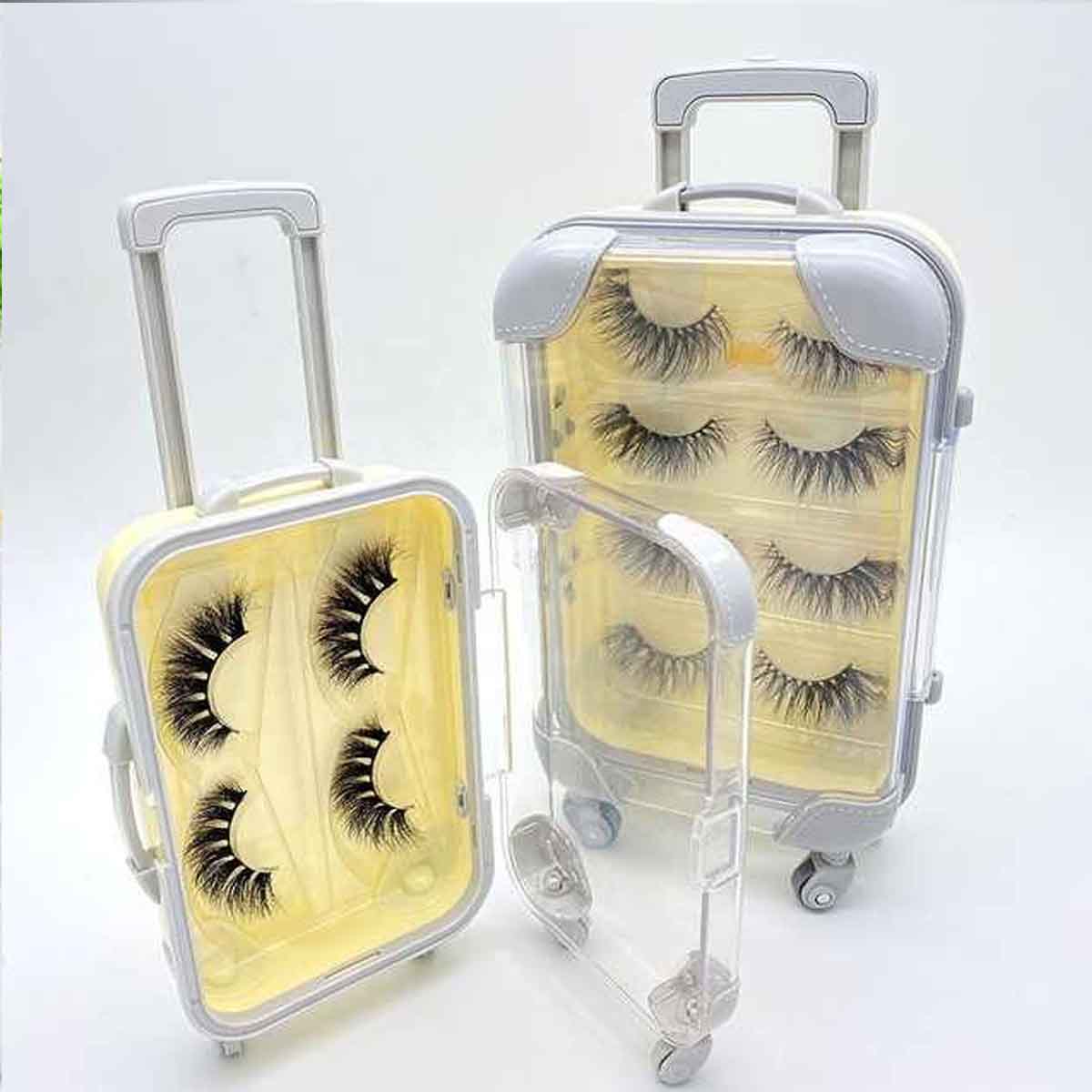 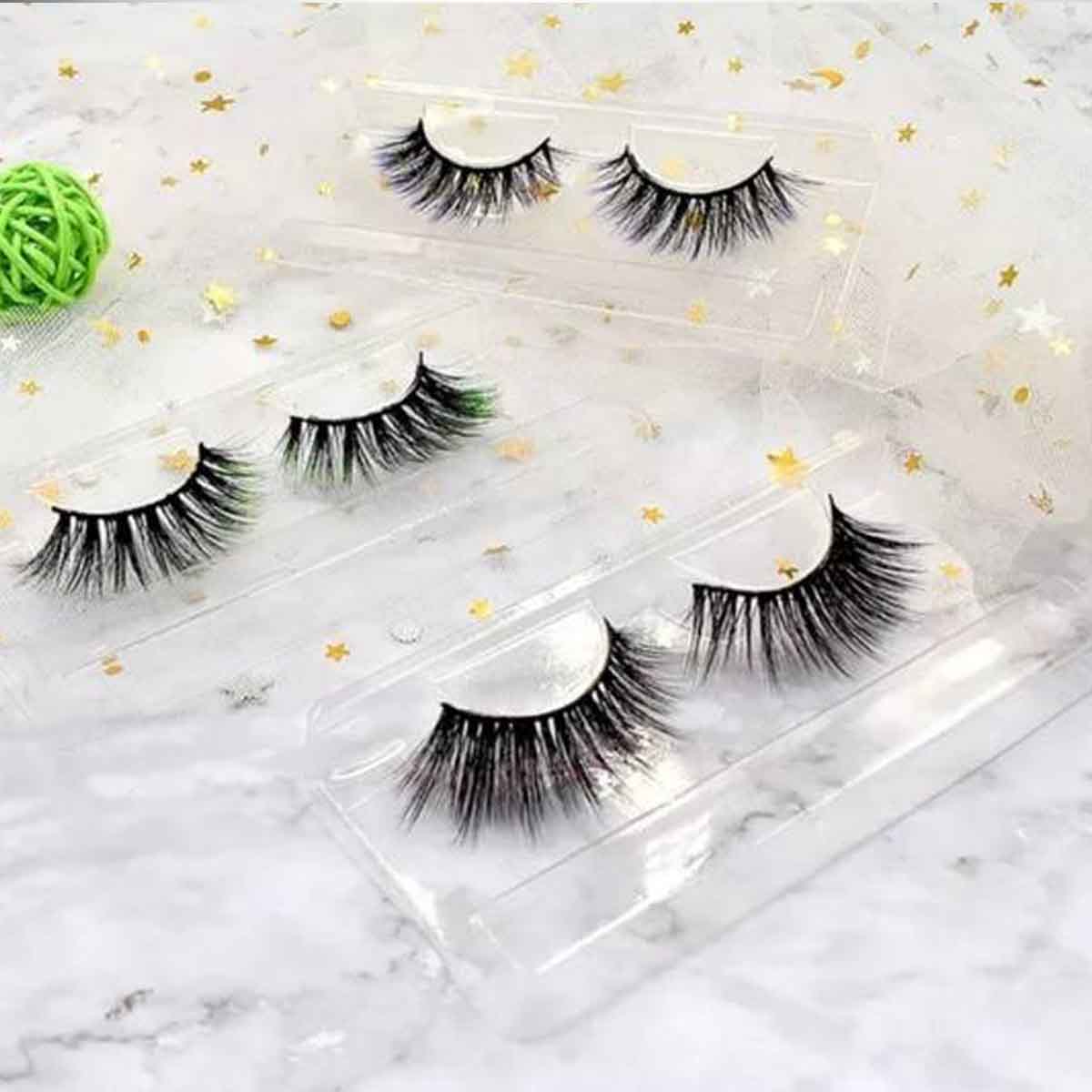 As an eyelash manufacturer from China, Starseed is the #1 company producing a variety of high-quality strip eyelashes in its own factory. Being a topmost manufacturer and supplier, Starseed serves several top global eyelash brands.

Read on to find out how we facilitate you with private labeling, and best solutions to eyelashes within your budget.

How to your private labeling eyelashes? We have tips!

How to choose the right private label packaging? We have tips!

Strip lashes are the classics, of course. With a strip lash, the little lash-like fibers are attached to a plastic band that fits right up against the lash line. They’re most people’s favorites because they’re relatively easy to pop on, and they bring instant drama.

Strip lashes come in all kinds of shapes and sizes, and they can be made of different materials, as well, like synthetic silk, mink, plastic, or human hair.

Demi-lashes are basically half or a third of a strip lash. Instead of covering the entire lash line, they only cover a part of it. They’re usually applied along the outer part of the lash line to give the eyes a lifted look.

Because they don’t touch the inner corner of the eyes, half lashes are usually a lot more comfortable than strip lashes. They’re also easier to apply, so they’re a great choice for beginners.

First, there are magnetic lashes that come with a magnetic eyeliner. Their band is reinforced with little magnets, so once you apply the magnetic eyeliner, the band will stick to it in seconds, without the need for glue.

They’re actually the newer option on the market, but they’re also the better choice because they’re so easy to use. The eyeliner itself can be a little gloopy, but it usually works well if you layer it over a traditional eyeliner.

The second style of magnetic lashes requires some finagling and “sandwiching,” which is why we named them thusly. They’re comprised of one set of top lashes and one set of bottom lashes, each with magnets along the base.

The top lashes go along the top part of the lash line, while the bottom lashes go below the top lashes. The two lash strips grab onto each other through the lashes, thanks to the magnets, which is how they stay in place.

Learning to use them can be difficult, and some beauty lovers may never get the hang of it. However, those who manage to make them work often fall in love with them.

Eyelash extensions are semi-permanent fibers that are attached to your natural eyelashes in order to make your lash fringe look longer, fuller, and darker.

Why You Need Private
Label Lashes

Private labels and quality packaging intensify the look of your product. Here at Starseed, we provide our customers with these facilities.

Customers can choose from our pre-made designs or provide their own designs. We customize the lash length, color, curl, and thickness to your requirements.

We accept trademarked customer-provided labels. We can also provide assistance in label development and design.

Customers can provide their own pre-printed boxes with their UPC codes for shipping. Also choose their desired container size, load, and pallet size. Standard packaging can also be provided. 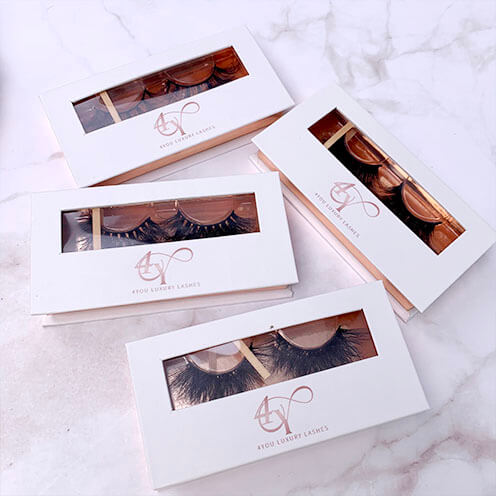 How to Start Your Private Labeling?

Step 1 – Kindly give our team an indication of the false eyelashes styles needed and follows this by sending quantities, the label & print artwork and other instructions if required.

Step 2 – We will then offer a quote and an indication of lead-time. If accepted by the customer, we will then prepare the pre-production samples for you to review and approve.

Step 3 – Approve and/or give comments on all of the above. If necessary sampling will continue until your approval. Production lead-time will then begin on receipt of the written purchase order and payment received.

Step 4 – Your order immediately goes into production and is delivered as agreed according to freight method chosen and lead-time given.

How to Check the Lash Quality

There are some important factors to consider when you are checking the quality of mink lashes.

Take a close look at the top of the lashes.

Check that the lashes resemble your expectations. Do they have the right density? What is the top like? Do they have well-defined banding? Be prepared to try the lashes out and test how they feel when applied.

Private label your own branded eyelashes can be a more easier job with Starseed!

We’ve help thousands of new brands to develop their hot-sell products within few weeks and make large profits. The key to our service – provide a shortcut to your eyelashes business and help you win the battle without any experience!

Get Free Quotes in 1 Hour!
Menu
Contact
Our Spring Sale Has Started