What Are Flat Lashes?

Have you ever wondered what the terms “Flat,” “Ellipse,” or “Cashmere” lashes? Flat, ellipse, and cashmere lashes are all oval at the ends rather than round like a normal classic eyelash extension (‘Ellipse’ means oval).

Flat lashes have a larger surface area to adhere to the natural lash and give you a wide range of features and benefits. If you are curious to know more about what flat lashes are, their benefits, and their distinct features from other eyelash extensions, read through.

What Are Flat Lashes 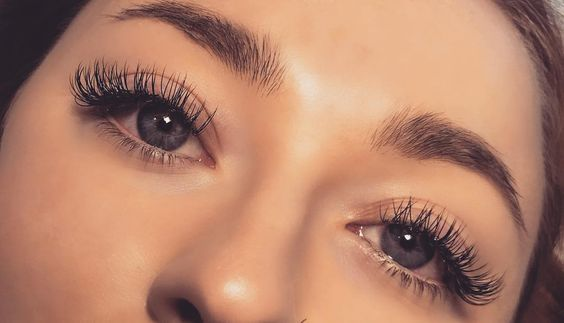 Flat lash manufacturers provide a big difference when it comes to lash extensions, adding volume for a more dramatic lash look without adding weight. The word ellipse implies oval, and it describes the shape of the lash extension’s base. Unlike traditional clashes, which have around, round base, elliptical lashes have a flatter, oval base. This flatter base offers numerous advantages, which we shall discuss in more detail later in this article.

Flat lashes are made with an elliptical base for a more stable binding with the natural lash, as well as a split-tip to give the appearance of thicker, softer, and fluffier lashes. Because of their larger bonding surface, flat lashes have higher retention. They’re also lighter, which means they’re less damaging to your natural lashes. Flat lashes are meant to be used with other types of lashes to add volume and texture. 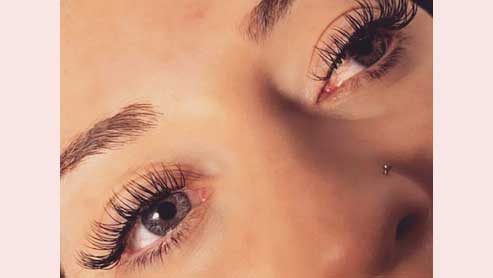 Dramatic look- Clients with short and/or thin lashes often express a desire for thick, strong, and dramatic lash lines. With traditional lash methods alone, their natural lashes can’t hold the look they want. Ellipse lashes come into play since natural lash health is a top consideration for lash artist pros. Flat lash extensions have a width of a.20 lash extension without adding any extra weight due to their form. The increased width creates a depth in the lash line that traditional lashes can’t achieve on their own.

Another amazing advantage of these flat lash extensions is the texture they provide. Ellipse lash extensions let you experiment with the design of your sets as an artist. To produce a dramatic look mix in some longer ones with a classic set to give depth. To provide definition and break up the fluff, sprinkle them into a volume set.

When it comes to lash retention, we realize that the foundation is everything. If the extension’s base isn’t adequately bonded to the natural lash, it will most certainly fall out within a few days, if not hours. Ellipse lashes have a broader base, which ensures a healthy attachment to the natural lash by providing more surface area for the extension to effectively come together with the client’s lashes. When utilizing flat lashes, several artists have observed an increase in retention, which is most likely due to the flatter base. 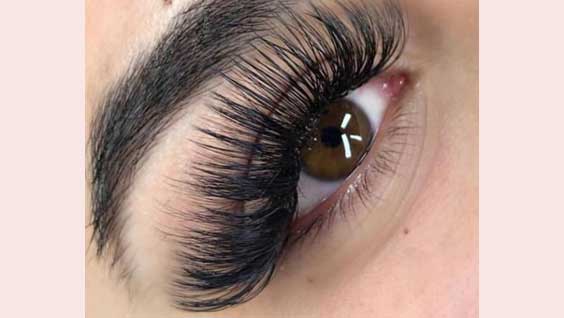 Flat lashes have a flatter, more oval shape than classic lashes, which have around, circular base. As a result, a flat lash and a classic lash of equal weight appear to be considerably different. The flat lash gives the eye a wispy eyeliner illusion, whilst the classic lash gives the eye a more natural look. Flat lashes are ideal for a conventional lash set. Flat lashes, like typical individual lashes, come in a variety of curls that are appropriate for any eye and style.

The base is the distinction between regular lashes used for classic lashes and flat lashes. Flat lashes have a flattened base, which makes the lash itself incredibly delicate and lighter than regular lashes.

A flat lash’s concave surface gives more contact area for adhesive attachment, resulting in lashes that last far longer than standard extensions. Flat lashes, also known as Cashmere Lashes, or Ellipse Lashes, have an oval shape that is reversed rather than rounded.

Things to Avoid Doing When You
Have Flat Lashes 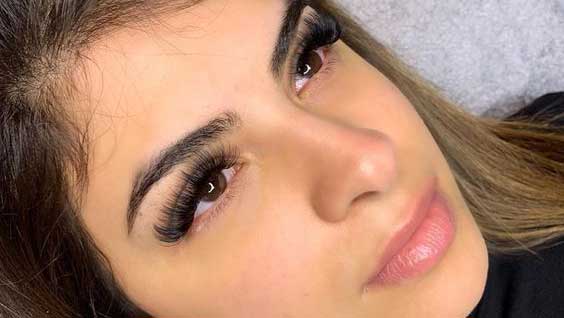 Using too much lash adhesive- It’s easy to lose control of how much lash adhesive gets picked up with Ellipse lashes because of their broader base. You’ll wind up with stuck-together lashes and slow-drying lash adhesive if you dip and withdraw too rapidly. Inserting lash extensions into the middle of the adhesive dot, just 1-2mm, then carefully withdrawing the extension is the finest approach to dip them in glue.

Many makeup professionals are unaware that Ellipse or flat lashes are not intended for entire sets. Flat lashes with full sets frequently have a plasticky appearance. This is primarily due to manufacturing; many flat lash styles have a glossy finish, and because there is more surface area on the lash, the light will reflect more of the lash’s face.

Lash Esthetics Cashmere Flat Lashes are available at Starseed. They have a rhomboid-shaped base that molds to the natural lashes and remains on. They come in Classic and Volume styles, as well as C and D Curl, 0.15mm and 0.20mm thicknesses, and lengths ranging from 8mm to 15mm, contact us and inquire about our lash extensions.