How to Clean Fake Lashes for Reuse

Do you know you can reuse your false lashes more than once? Yes, your falsies can serve on more than one occasion, depending on how you take care of them. When it comes to the eyes, hygiene needs to be paramount. False lashes are eye makeup; hence, you need to clean them regularly, especially if you are reusing them. Proper hygiene simultaneously promotes eye health and lash condition. Your lash will last longer, meaning you can wear them as many times as possible.

Curious to find out how this magic works, then read on as we discuss how to clean fake lashes for reuse and how many times you can reuse your lashes. 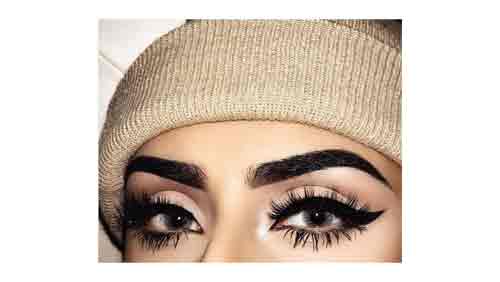 Cleaning lashes is a walk in the park; you do not require some high-level skills to do it. Eyelashes come in various types like magnetic lashes, mink lashes, faux mink lashes, and cluster lashes. All these lashes require some quality time for maintenance to prolong their usefulness and make them retain their appealing shapes and looks. There are steps to follow when cleaning lashes correctly. They are as follows; 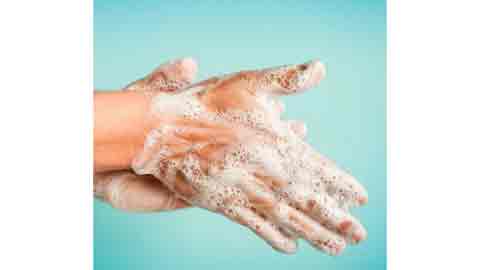 Cleaning your hands before touching your eyes and lashes is critical. The eyes are usually a very delicate organ in our bodies, and it is prone to infections when exposed constantly. Whenever you want to handle lashes, either application or removal, ensure your hands are spotless. Our hands pick up a lot of dirt like oils, germs, food debris, sweat, etc.

When you forget to clean them and touch your eyes, all this filth goes directly to the eye area, like skin and glands, causing blockage or accumulation, which leads to eye infections. So before removing your lashes at the end of that tiring day, always remember to wash your hands. 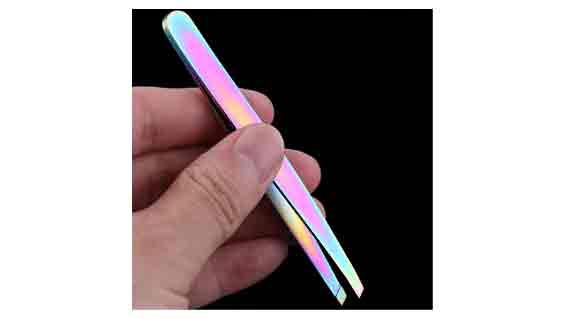 When removing the lashes, if any stubborn glue remains on your eyes, you can use an oil-based remover since it breaks down the glue, making it lose its adhesiveness. 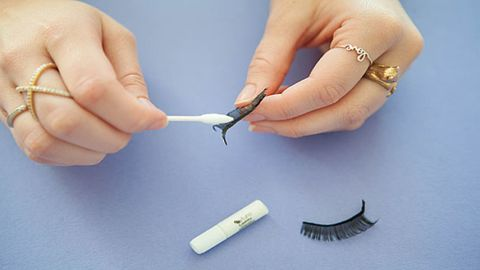 It is now time for the main event, cleaning the falsies. You can do this by soaking a cotton swab in a cleanser or makeup remover if you use makeup and softly wipe the lash base with it. Put a little pressure but make sure it is not too much to damage the lashes. Wipe from one end of the lash to the other gently and make sure you get all the parts plus the adhesive part. Do this until the lashes are free from any makeup or residues.

A note to remember, if your fake lashes are mink lashes, then this step is contraindicated because eye makeup remover will damage the mink on your lashes. Instead, you can use water by dipping a cotton swab into the water and use that to wipe off any makeup or dirt. Do not soak the lashes in water.

Additionally, remember to clean both sides of the lashes to remove every debris sticking to them.

Remove any glue still remaining on the lash band using a pair of tweezers. By this step, some glue has already fallen off, and the remaining one is loosely attached. Tweezers will remove the glue quickly. Start by inspecting the lashes to ensure no glue; if you find any, hold your tweezers with one hand while the other holds the lash. Hold the glue with the tweezers and pull it away from the lashes removing the glue. Avoid pulling the lashes since it will damage the strands. 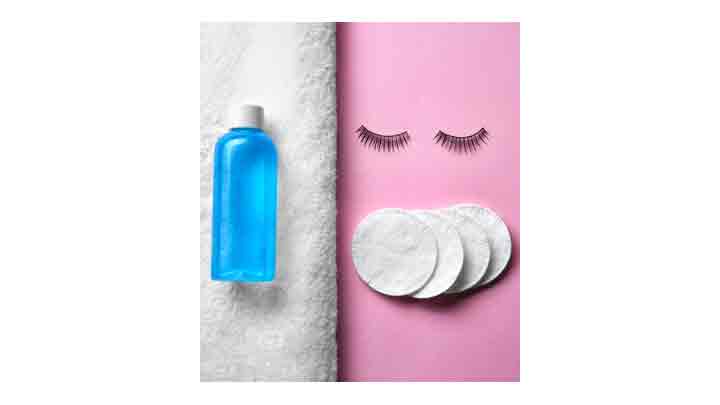 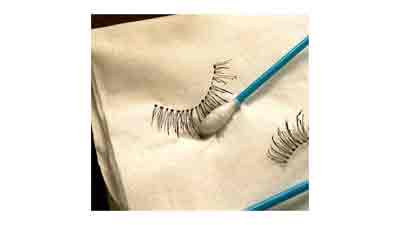 After the lashes are dry and clean, remember to disinfect them. As much as cleaning removes dirt and makeup residues, microbes such as bacteria may still be on the lashes. Disinfect the lashes by using alcohol. You can use a cotton swab and dump it in alcohol, then rub it against the lashes. When you feel satisfied, leave them to dry. Disinfecting is crucial because if any bacteria remain on the lashes, they may cause infection to your eyes, leading to severe complications.

Before the lashes are completely dry, reshape them if they are distorted, giving them time to dry. Preferably, air dry them while laying them on a dry paper towel for a few minutes. 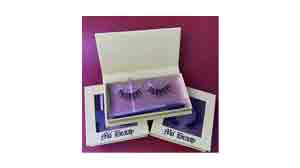 In this stage, the lashes are clean, sanitized, and dry. The lashes are now ready to be used on the following day or event. Before this, store them in a cool, dry place. The best place to store lashes is in their original box. The packaging box that you bought the lashes with will maintain the lashes nicely and retain their shape. The box also prevents them from collecting any dirt and germs, which will render all the work you have done useless.

How Many Times Can You
Reuse Fake Lashes

The whole point of washing your fake lashes is to reuse them. So, can fake eyelashes be reused? And if so, how long can you reuse your fake lashes? There is no definite answer for this because many factors contribute to the state of your lashes. Your lashes will last longer when you clean them regularly and store them in their proper packaging. It is one of the factors to promote your lash quality and increase the possibility of reusing them.

Another factor is the type of lashes you use. For synthetic lashes, the material permits the lashes to be used up to five times. If you take care of your synthetic lashes well, then they will last up to five times usage. On the other hand, mink lashes are different. Their quality and material allow them to be reused up to twenty times. Although this time varies from person to person, if they are well cared for, expect to stay with your mink lashes for a long time.

It is also wise to invest in lashes with thicker bands since they are more durable than thinner lashes. 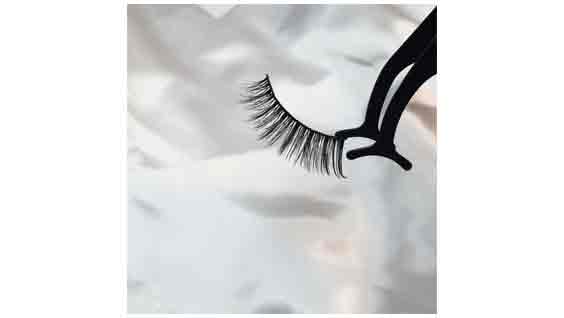 There are some ways you can ensure your lashes live to their full potential. They are as follows;

Keeping your lashes clean is crucial both for your lashes and your health. Clean lashes save on cost since you will not need replacements, and you will also save hospital expenses because you will be eliminating eye infections. Moreover, you will also save a lot of time going to the store to buy new lashes. At Starseed, we manufacture the most premium lashes that will accentuate your look and make you look like a queen.

Our lashes always stand out because of their quality, making us a reputable company. Contact us now for more business in the beauty industry. Our team of experts will give you the latest insights about every type of lash.